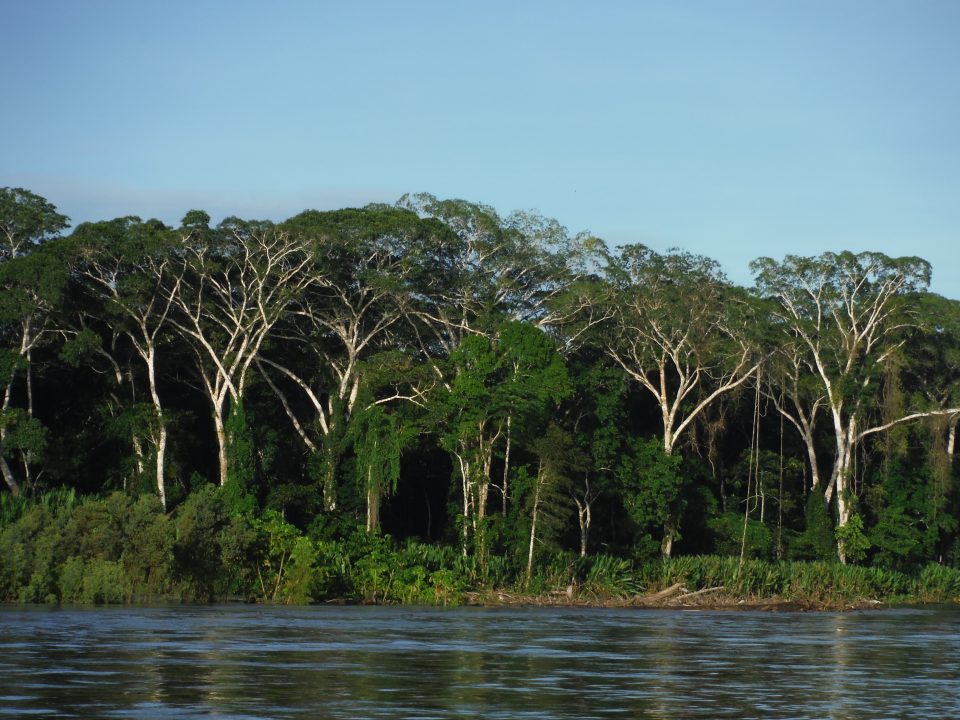 This is a question I have received quite frequently in recent weeks. Computer programming languages can be used to make scientific analysis much easier. This applies directly to environmental science because there is a wealth of data within the world of ecological studies. Coding offers a way for scientists to automate repetitive  tasks using lines of code, and therefore freeing up time for other work. This can result in the creation of new software that can be utilized by scientists across disciplines.

The data analysis portion is where statistical models are important. Oftentimes, scientists want to know whether the results of their experiments hold statistical significance. This means proving that the trends observed in data are not just a result of some sort of mistake in the experiment design or execution. Computer programming languages such as Python can help scientists execute the statistical analysis of data by writing code to analyze their data. Python packages like NumPy provide a basis for computational analysis and Python libraries like SciPy offer modules such as scipy.stats that offer the ability to perform hypothesis tests. These include T-Tests and Analysis of Variance (ANOVA) tests on numerical data and the Chi Square test for categorical data. Packages in R such as car offer a function for ANOVA tables, but R Studio itself includes functions such as t.test to analyze data. Programming languages offer packages for creating graphs and visuals to display analytical tests, such as Matplotlib in Python and ggplot2 in R.

Sections of environmental science, such as conservation biology, can benefit from programming because of different computer models. As a college student, the first software I was introduced to that was created specifically for use in conservation science was a population viability analysis (PVA) software called Vortex. Population viability measures the likelihood of a group of organisms to thrive or decline under a certain set of circumstances. The Vortex software allows users to adjust the circumstances for populations in areas such as genetic diversity, number of organisms, and mortality rate. I used the software in a classroom setting while studying in Peru, and I performed various tests to see what factors would be detrimental to the population of a theoretical species. This tool is one of many that can be of assistance for environmental science professionals who can use PVA to inform management decisions for threatened species.

Within the field of environmental science, computer programming can be a great advantage because it allows scientists to analyze data in efficient ways that can make everyday tasks easier. The utilization of programming languages and modeling software offers opportunities to put computers to use where humans would have otherwise performed repetitive tasks. This can provide scientists with more time to make discoveries and inform decisions to make the world a better place.

You might be wondering how I got here. Last December, I decided to take a break from my career in order to transition to a new professional path I found more fulfilling. I was sucked into the world of seasonal field technician gigs and I wanted out. I worked in three seasonal positions before moving back home to Syracuse, New York. I panicked and took a job at a construction company in Syracuse, and then quit after realizing that it wasn’t at all where I wanted my life to go. And this is where data science comes in.

I started looking up positions that I wanted and graduate programs that I dreamed of getting into. A common thread was that experience in programming languages like Python and R was a desired qualification for many job postings. This was where I could start changing my life around from collecting data to performing data analysis using programming.

Data science is a field where people use existing data to make predictions, create visualizations, and derive information from analysis to create a narrative for the data. A career in data science seemed like the natural next step for me.

I started off using Udacity. This website offers a huge range of online courses that combine video lessons with assignments in various programs, such as R. The Udacity course that I took was Data Analysis with R. It’s a free course that gives a great introduction to using R.

Currently, I am also taking courses through Codecademy. I took two free courses,  Learn Python and Learn the Command Line, and am enrolled in the Introduction to Data Analysis Pro course that costs about $200. Codecademy course length can range anywhere from 10 hours to 10 weeks, depending on subject.

I started this journey about two months ago and hope to keep making progress everyday. Besides Python and R, I also plan on learning about SQL through Codecademy.

See my About Me page for more information.